A proposed link between dermal copper absorption and pain relief in arthritis may therefore be rather tenuous. However, given the popular use of copper bracelets it is surprising that no rigorous scientific research appears to have been conducted on the effectiveness of such devices. In the most widely cited study on this topic, Walker and Keats randomised arthritis sufferers into three groups [[ 38 ], see also [ 39 ]]. Group 1 wore a copper bracelet for one month and then an aluminium bracelet for a further month.

Group 2 wore identical devices but in reverse order and Group 3 wore no device. This appears to support the theory that copper may be leached into the skin and that this may have had a positive therapeutic effect on arthritis symptoms.

However, Walker and Keats failed to demonstrate any positive correlation between the weight loss of individual bracelets and perceived efficacy. Major criticisms of this study centre on selection bias and measurement error. Some of whom were removed due to poor compliance, whilst others were excluded on the grounds that their bracelets were observed to have gained weight. It is not surprising therefore that the remaining bracelets included in the analysis were reported to have lost weight.

Blinding is also likely to have been compromised since the control bracelet would have appeared different in weight, colour and corrosion. As such, these findings have yet to be replicated elsewhere. More compelling evidence to refute a possible link between dermal copper absorption and pain relief in arthritis comes from Shackel and colleagues, who reported findings from a seemingly well conducted double-blind placebo-controlled trial [ 40 ].

In this study participants were randomly allocated to receive either copper-salicylate gel or a placebo gel, which they applied daily over a one month treatment period. Whilst one would expect copper to be absorbed more readily from a topical preparation than a copper bracelet, findings from this trial failed to show any difference between the copper-salicylate gel and the placebo gel in terms of pain relief, ratings of treatment efficacy or medication use. Yet the extent to which these findings may be generalised to patients with RA also is open to question. Whilst a number of critical reviews have been published concerning magnet therapy [e.

Such reviews have therefore tried to combine data relating to a wide spectrum of different pain related disorders and have also incorporated studies in which pain has been experimentally induced. Moreover, major inconsistencies between studies in terms of intervention e. As yet no obvious attempt has been made to undertake a systematic review specifically concerned with the effects of magnet therapy for people with arthritis. To the authors' knowledge only one previous RCT has focused specifically on the effects of magnet therapy for patients with RA. The experimental device consisted of four magnets disks each Oersteds whereas the control device included just one magnetic disk Oersteds and three non-magnetic disks.

Both participants and researchers were reportedly blind to treatment allocation. In terms of surrogate measures of inflammation C-reactive protein and erythrocyte sedimentation rate no difference was observed between treatment and control groups. Whilst results presented by Segal and colleagues may be challenged on the basis of poor trial design and lack of statistical power, this study nevertheless highlights a number of other methodological weaknesses which characterise other published trials of magnet therapy.

Importantly, medication use was not measured although participants were likely to alter their use of analgesics as a response to changes in pain intensity. Any true benefit derived from magnet therapy may therefore have been masked by a reduction in medication use. In order to provide a pragmatic evaluation of effectiveness, trials of magnet therapy should offer participants the opportunity to use devices in a manner which reflects real world behaviour. Since magnet therapy is generally understood to involve prolonged periods of exposure to magnetic fields, any short term experimental intervention may prove insufficient in order to demonstrate a cumulative therapeutic effect.

In the case of the trial described by Segal and colleagues, an exposure period of just one week may well have been inadequate. Information on compliance was also omitted, providing little assurance that trial participants actually wore the devices they were given. Even if data are to be analysed by intention to treat rather than by active treatment, information concerning compliance will still be of value.

In total 45 participants were randomly allocated to one of four treatment sequences consisting of four phases, with each phase lasting one month. Participants each wore a full strength bipolar magnetic bracelet mean strength Oersteds, SD , an attenuated bracelet Oersteds, SD , a non-magnetic bracelet and a copper bracelet. Medication use was calculated by triangulation of diary records, prescription records and by manually counting remaining tablets and capsules before and after each phase. Economic data concerning the use of health care resources were collected in order to facilitate future cost-effectiveness analyses.

Whilst originally conceived as a pilot RCT, MACROPOD was nevertheless developed in order to achieve sufficient statistical power to demonstrate a meaningful clinical difference in pain outcomes between the commercially available magnetic device and the three 'placebo' devices. In particular, the use of multiple control devices appeared to represent a useful and valid approach in helping to address the problem of adequate placebo control.

It is nevertheless worthwhile noting that MACROPOD concerned osteoarthritis rather than rheumatoid arthritis, and that no biological outcome measures were employed. The proposed trial will investigate the therapeutic effectiveness of magnet therapy when used as an adjunct to practitioner led management of pain and inflammation in rheumatoid arthritis.

Possible effects on other major health outcomes will also be considered. This will involve a comparison of treatment effects between a commercially available magnetic device and three control devices, which are intended to act as placebos. This addresses a need for rigorous scientific evidence on the subject.

The trial will employ a randomised crossover design. Therefore each participant will act as his or her own control. The principle advantage of a crossover design is that error variance is reduced, thereby minimising the sample size required. Crossover designs are also extremely well suited to exploratory research of new treatments [ 43 ]. Patients will be suffering with rheumatoid arthritis and also receiving active treatment within a primary care setting. Chronic pain: either persistent or intermittent over a minimum period of three months prior to recruitment [ 44 ].


Dementia or memory impairment, either documented in medical records or if suspected indicated by a score of 6 or below on the Abbreviated Mental Test [ 45 ]. Within the proposed trial it would neither be desirable, practical nor ethical to limit recruitment to patients who are either not prescribed, refuse or stop drug treatments in order to participate in the study. In particular, the trial attempts to evaluate the effectiveness rather than efficacy of magnet therapy within a real world context.

Most people with verified and active RA will be taking medication.

Recruitment of sufficient patient numbers would therefore prove extremely difficult if those taking medication were excluded. This would also involving a highly selective population, severely limiting the generalisability of results. Moreover, even those who are not taking medication at the start of such a study may well alter their status during the trial. 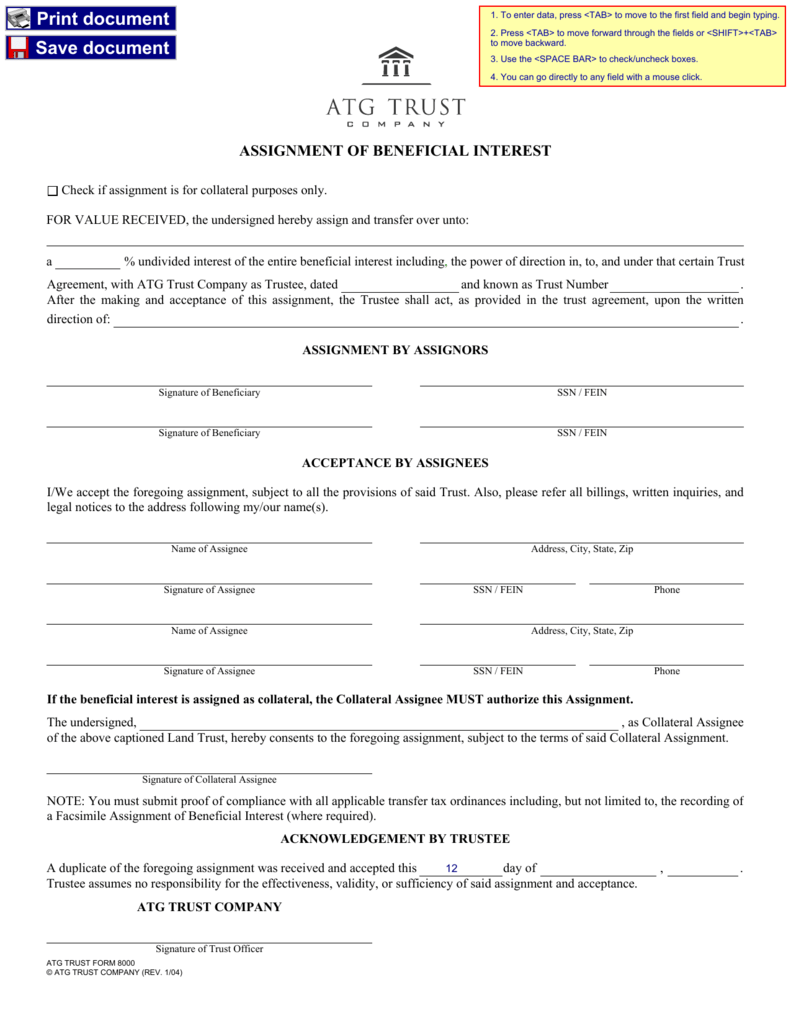 It is also likely to be viewed as unethical to ask patients to stop taking their medication in order to take part in the trial. This is because the devices involved have largely unproven therapeutic effects, are not currently thought to alter disease progression, and because multiple placebo devices will be used. Given the inherent difficulties in developing a 'perfect' placebo for magnet therapy, this study will build upon methodology employed within the MACROPOD trial by incorporating one experimental and three distinct control devices.

The use of multiple control devices represents a comprehensive and concerted attempt to overcome different limitations associated with each individual device in terms of blinding and potential therapeutic action.

All participants will therefore undergo four treatment phases:. This is a widely available magnetic device which is marketed for the purpose of relieving pain in conditions such as rheumatoid arthritis. It is representative of other commonly purchased devices in terms of its application and magnetic strength. This device consists of two concentric neodymium magnets which fit together into a bracelet that is worn around the wrist. The central magnet can be rotated degrees within the outer magnet.

Inserts will be supplied to participants in an opposing configuration. Both magnets are plastic coated, and the overall size of the insert is 23 mm in diameter. A calibrated Hall effect probe will be used to check the maximum magnetic surface field strength of the inserts.

This will be identical to the experimental device with the exception that the magnetic field strength of inserts will be reduced to between to Oersteds. The use of a lower limit of Oersteds should ensure that the device retains sufficient magnetism to firmly adhere to a vertical metal surface e. Participants are unlikely to identify this as a placebo, although it is possible that the weak magnetic field produced may have some therapeutic effect.

This will appear identical to the experimental device although the inserts will be demagnetised, and should therefore be entirely inert. However participants may easily identify the device as non-magnetic and therefore view it as a placebo. Participants will also test a commercially available copper bracelet. As copper bracelets are widely used for pain relief by the general public it is thought that participants may expect this to have some therapeutic benefit.

Whether or not this device actually represents a valid placebo is a question which will be addressed as part of the trial. Participants will be required to wear each of these devices for a minimum of 12 hours per day, although continuous use will be recommended. Participants will begin the first treatment phase immediately after recruitment.